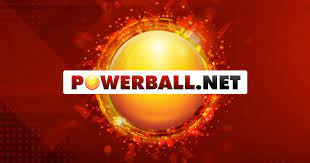 Mention YouTube and most people will picture cats playing piano. But among a certain type of small-business person, the name conjures another image: Dollar signs.

Such entrepreneurs can often sound like brainwashed cult members, in a good way. For instance, Scott Imbrie, owner of Original YouTube Skateboards, a brand that has been built largely on its YouTube presence, says the platform is better for marketers than even Facebook.

Another YouTube proselytizer is Jeffrey Harmon, chief marketing officer for Orabrush, a Provo, Utah-based oral care brand that recently parlayed a series of successful YouTube videos into a national distribution deal at Walmart. Original Skateboards, which joined YouTube in 2005 and Orabrush, which dropped its first YouTube video in 2009, were clearly ahead of the curve, but YouTube is still a great place to launch or grow a brand.

Below are some tips from entrepreneurs who have thrived on YouTube, plus some from Lane Shackleton, product manager for YouTube (and, yes, a distant relative of polar explorer Ernest Shackleton).
Buy some ads

Since your video’s probably not going to go viral on its own (or at all), you should consider buying some ads on YouTube. Fortunately, rates are pretty good compared to AdWords. Harmon says that right now search ads on YouTube are going for 50 cents per click vs. $1.50 per click on AdWords. That said, you don’t have to sink a fortune into it. In Orabrush’s early days, the company spent $30 a day on YouTube search ads. Though Orabrush got a lot more bang for its buck back then, Harmon says you can still do pretty well today buying “promoted videos,” the ads that pop up when you do a YouTube search. However, no matter what you spend on ads, make sure the content is relevant to the search term. Google will base the ad’s position on that relevance.

Are you ready to become the next Orabrush? Maybe it’s time to reset your expectations. Harmon helpfully points out that 48 hours of video are loaded to YouTube every minute, so you’re probably better off playing Powerball than waiting for your clip to take off.

“Anyone who thinks they’re going to have a video go crazy on YouTube is dreaming,” says Harmon. “Think base hits, not home runs.” Raw numbers aren’t as important as reaching the right customers, so don’t freak out if you’re nowhere near a million views.

Use comments, hot spots and A/B testing as your focus group

If you hire a Madison Avenue ad agency to run a TV spot, they’re likely going to want to subject the ad to focus group testing. But if you’re a small DIY advertiser, your best approximation of a focus group-aside from your wife and her Rotary Club friends-are the comments below your video. Granted, many will be insipid and/or obscene, but some just may have some insight.

Beyond that, YouTube has some other tools to help you gauge how your video is being received. Chief among these is Hot Spots, a technology that lets you see when people are tuning in and out of your video.

Another option is A/B testing. Big ad firms do this, as well, but you can do it on a smaller scale by running two different versions of your clip as an unlisted video backed by search ads and then watching to see which one gets the better response. Then, you choose the winner.

Finally, there’s Google Analytics, which will at least tell you how much referral traffic you’re getting from YouTube. Shackleton says on average, people who come to your site from YouTube spend more time there than if they came from somewhere else.

If you’re serious about using YouTube as a marketing platform, then do your research. Forget about watching TV ads, and spend a few hours discovering what’s hot on YouTube. Harmon says he and his staff spend several hours every day doing just that. Harmon says the goal is to begin to “recognize good ideas.”

Track that ROI
If you’re spending money on YouTube ads, you will likely want to know what you have to show for it. The fact that people have clicked through your ads is great, but the novelty will wear off quickly if they’re not actually buying anything.

Now here’s the surprising part: Despite the fact that Google owns YouTube and marketing on YouTube is, by definition, 21st century digital and cutting edge, you still have to rely on a fairly improvisational, analog form of ROI tracking.

“We count the number of views, of course, the combined total for the videos on our YouTube channel was close to a million last time I added them up, and we track the traffic to our sites from the videos, but that’s about all we’ve got in terms of hard data,” says Ed Davis, president of Ceilume, a Graton, Calif.-based company that makes ceiling tiles and has more than one million views on its YouTube channel. “We also rely heavily upon what our customer service people tell us they hear from on the phones every day and what they hear is that customers watch the videos, and the videos help.”

If you followed step 4 and watched copious amounts of YouTube programming, you should be getting a sense of what will 파워볼사이트  and won’t fly on YouTube. Guess what? No one wants to watch an ad unless it’s really, really good. But rather than try to crack the code on a spectacular ad (something that the ad industry is generally unable to do with any regularity), Shackleton suggests either positioning yourself as an expert in your particular field (as Ceilume has) or attaching your brand to a particular lifestyle (Original Skateboards’s approach).

“Pick an interesting part of your brand and focus on it,” Shackleton says.

But what if you sell something really boring, like plumbing supplies? Chances are this is interesting to someone, perhaps someone who has to fix their toilet in a hurry. Get inside their head and make a video directed to their likely concerns. Whatever you do, don’t think like a traditional advertiser.

Making and putting down bets on a particular game is positively not something easy to do. To simply endeavor is {...}